Apply to travel, study, work or immigrate citizenship or PR. 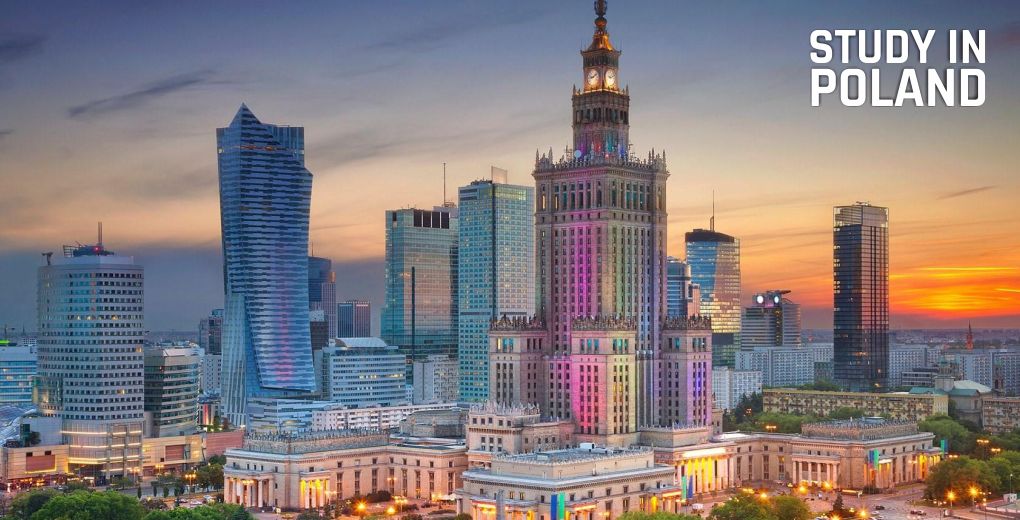 It was 1998, about a decade after communism fell, and the country was soaring thanks to Sachs' market reforms. Poland's economy is one of Europe's fastest expanding thanks to deregulation and privatisation. Poland presently ranks fourth in Europe in terms of higher education students, behind the United Kingdom, Germany, and France. Poland was one of the finest teaching countries on the planet by 2012, when the OECD completed its survey.

Besides Poland is an intriguing country at the geographical and cultural crossroads of Eastern and Western Europe. Since the formation of the first Polish state over 1000 years ago, Poland has been a nation of survivors, located in the heart of the Northern European plain. People have managed to keep their identity throughout the country's traumatic past, and it now has a significant position as the largest of the former Eastern European states and one of the most populous members of the European Union. Canopus Global Education is a leading European visa consultant in Surat that can help you study in Poland.

For students from outside the European Union who come to study in Poland, this may easily be the beginning of a fantastic voyage of exploring Europe. When you are asked to study in Poland, you are invited to join the European Union, of which Poland is a member. We encourage you to explore the European Union, which not only offers a diverse range of cultures and the chances that come with strong, creative economies, but also the best conditions for successful higher education study in a tough and welcoming environment. Almost no other place in the world can provide you with such high-quality, internationally recognized degrees. Canopus is a reliable student visa consultant in Surat that assists students in getting student visas for Poland.

Since 2007/2008 academic year Polish higher education system has been divided to three stages, which are: Bachelor (Licencjat, In?ynier), Master (Magister), and Doctor (Doktor). This system applies to all fields of education except Law, Pharmacy, Psychology, Veterinary Medicine, Medicine and Dentistry, which are still based on two-stage system (Master and Doctor).

A large part of the Polish higher education market is made up of private colleges and universities. There are about 310 privately owned universities and colleges and 138 state schools of higher learning. This has resulted in a high level of competition that has given Poland lower prices for studying than in many other European countries. The higher education system is one of high quality and all leading universities offer programmes thought in English, within study areas such as medicine, engineering, humanities, business and finance. More than 100 higher education institution in Poland currently offer study programmes in English. Poland has taken active part in the Bologna Process. The ECTS (European Credit Transfer System) allows students to be geographically mobile and continue their education in other countries.

There is no central administration for admission. Instead, each institute is responsible for their own admission process. However, each applicant must generally hold a “maturity certificate” to qualify for admission in Poland.

The grading is done every semester (twice a year), not just once in a school year. Depending on the subject, the final grade may be based on the result of a single exam, or on the student's performance during the whole semester. In the latter case, usually a point system, not the 2–5 scale is used. The points accumulated during the semester are added and converted to a final grade according to some scale.

As a failing grade means merely having to repeat the failed subject, and can usually be corrected on a retake exam (and in some cases also on a special "committee exam"), it is used much more liberally, and it is quite common for a significant number of students to fail a class on the first attempt.

There are many different options for arranging student accommodation in Poland. They vary depending on the city and higher education institution you choose. Many Polish HEIs have their own dormitories, which are usually the cheapest option available. However, most Polish students prefer to rent a room in a private apartment.

Private housingIt is quite common in Poland to rent a room in a bigger apartment. Most of the out-of-town students share flats in this way. The cost varies between cities and it depends greatly on the location of the apartment as well as the size and quality of the room. The monthly rent is usually between EUR 150 and 200. Some landlords may require a deposit of a similar amount. Don’t worry if you don’t have friends to live with. Sharing a flat with locals is an amazing opportunity: you can pay for the accommodation and get great friends for free! And if you really don’t like to share, you can find an independent apartment. The rent for the smallest, one-room apartment starts from about EUR 300 (in Warsaw).

We will be happy to help you in getting your student visa. Thanks to our experience and good contacts with Polish embassies and consulates around the world, we can assist you with the process of acquiring a visa.

It takes from 2 weeks to a month to obtain a Polish visa. In other words, you need to start collecting all the necessary documents for the visa application at least two months prior to your planned departure.

In order to apply for a student visa to Poland you need the following:

Once all the formalities have been finalized, we will invite you to our pre-travel training, during which you will receive all the necessary information on studying and living in Poland.